Deep down in the groove 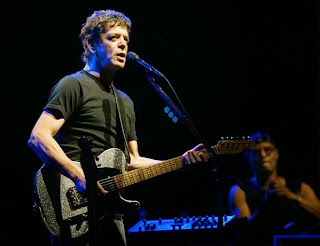 You Don’t Know What Love Is

I had cut the deck to the Ace of Tentacles.  Don’t look back they say but we always do.  The road to Playa de las Palmas was arduous.  I was riding the clutch & she was commenting on the tuck-and-roll upholstery. There are things that are meant to be whispered like seafoam across the sand & I told her so. We had been running on fumes ever since we crossed the border, & we’d gone too far to turn back now.  It’s late at night & it starts to rain.  Windshield wipers slapping like a metronome keeping time.  It’s difficult to see in the blinding glare of oncoming headlights, but is that Janet Leigh hurtling through space towards the Bates Motel?

Something for the girls back home

Alien vs. Predator, or The Last Days of Disco

She was there when I got back & it was easy to see why she stood sideways with her sisters in every snapshot pasted into her family’s photo album.  The engines in her eyes were designed for another purpose, one that had yet to be exploited.  Her neon lip gloss gave every word she said a luminous presence that made me think of lights along the pier on a foggy night.  She claimed her mirror engaged her.  It was the kind of dance St. Vitus could appreciate.  I responded with a pipeline tango to music performed by a surf punk band called Horse Latitudes.  My shirt got torn in the exchange of pleasantries.  Love is not a dream returning, she said.  A puff of smoke dissolving, leaving a feather-shaped print on the wall, like the shadow of a wing in flight.

The steam-driven calliope churning underwater.
Bells in the kelp grove.
A slab of concrete rotting on the beach.

I’ve got a hymnal full of the stuff.
All tricked out & rationalized
like a full-metal bikini swamp anchored to the reef
slowly swaying like a grass skirt beneath the waves
with hand-carved flames
as a classical rendition of the same war of attrition
ripples the mainline stem
to float the memory
of bended knees & cracked radiator hoses
on the rusty side of the cypress grove
where the tide plays Topsy on a drainpipe
which is never enough it seems nothing ever really is
you had to be there
from the froth of Ocean crossing
to layered transparencies in the book of the evening sky
& I suppose the appropriate body art
which highlights the memorial slideshow
that begins & ends
right here
Posted by Blue Press at 8:39 AM

Numb w/the relentless details
you could bounce a quarter off the sky
or break an eyeball in a Mexican stand-off
w/the Three Graces
which is reason enough to invoke
Tethys, Amphitrite, Kalypso,
& various lesser sea nymphs & mermaids
cascading vertically on the steps
of an extended vacation
sharpening a southern accent w/a book of Latin
verses & a coping saw
mumbling like no one I know
on a streetcorner in Venice Beach near Sherman Canal
saying “The Egytians built the world’s first
canal almost 4 thousand years ago”
a fact that inspires visions of the pharaohs carrying shovels
& walking sideways
& who knows what desire sleazing up w/the late
afternoon breeze stirring the dust in yr brain
like a black pajama death wish shuffling through beach sand
which could be a
heroic tragic flaw if you’ve got the lungs for it
but with pinpoint hollow eyes reading Ecclesiastes
thru binoculars
in the grip of your own personal endless summer
with all expenses paid
except one